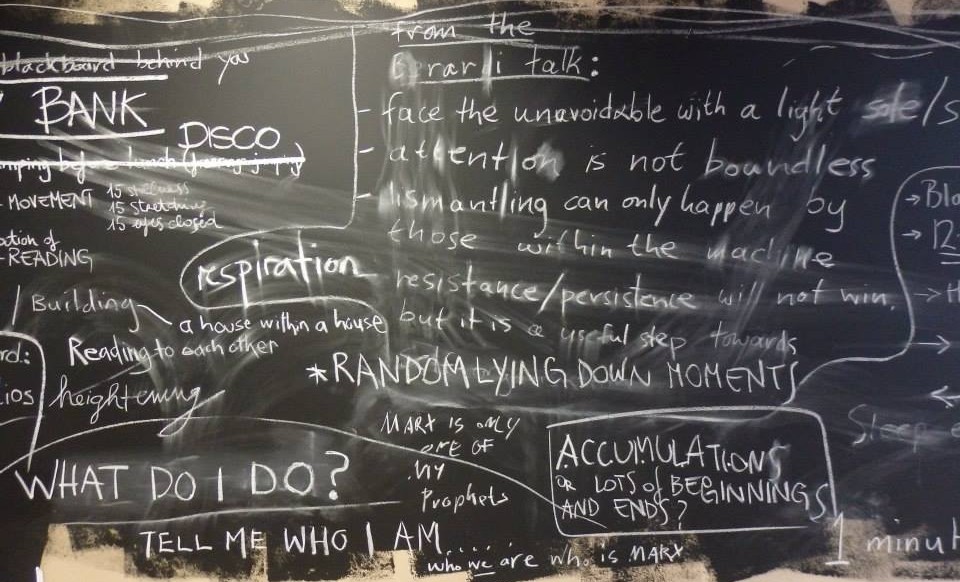 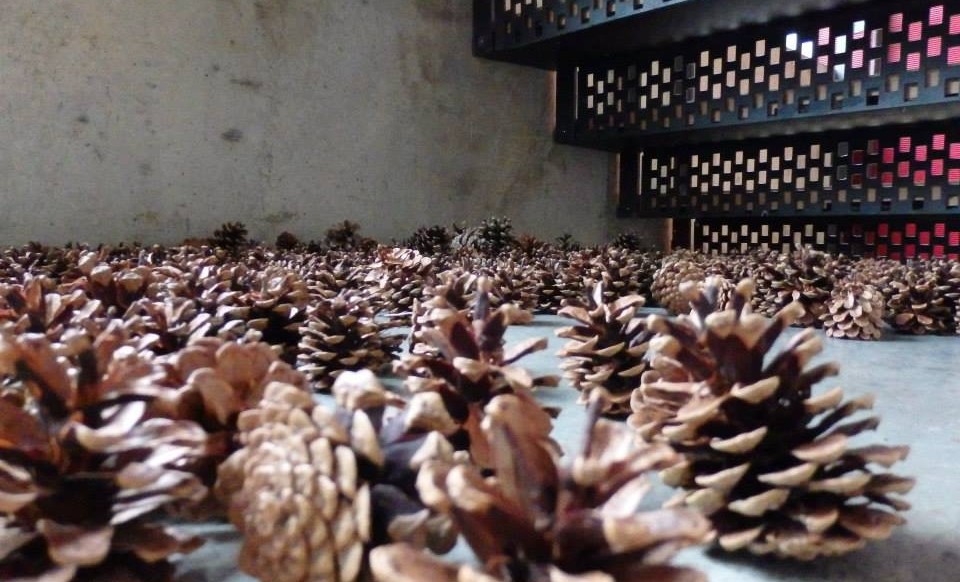 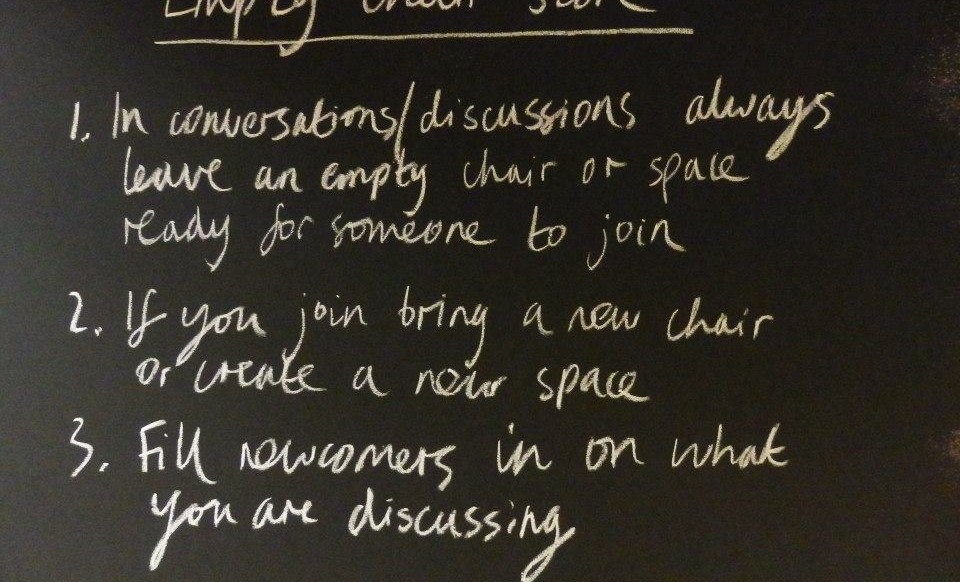 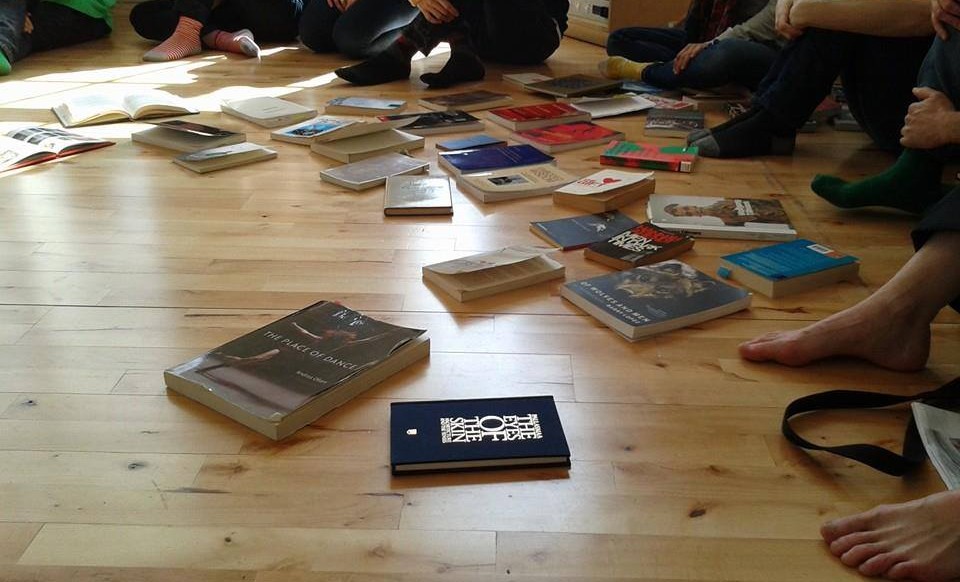 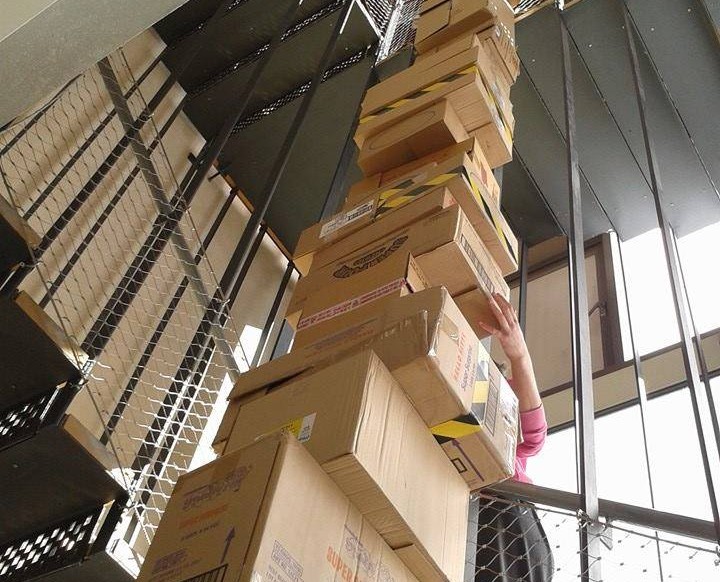 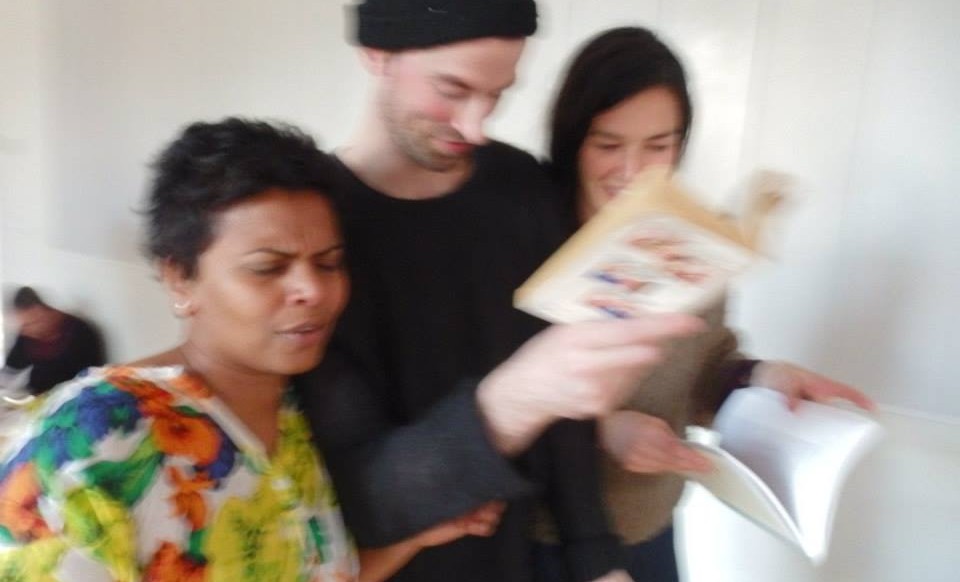 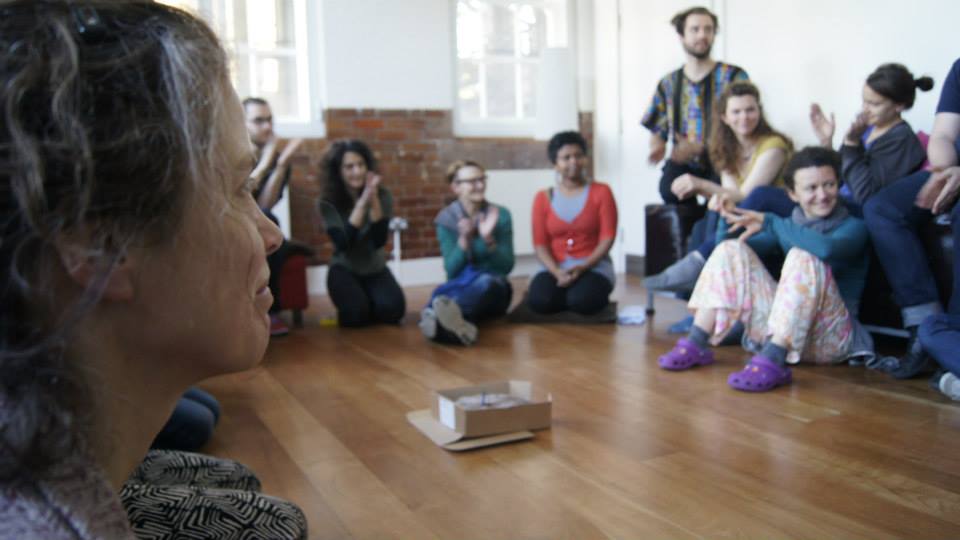 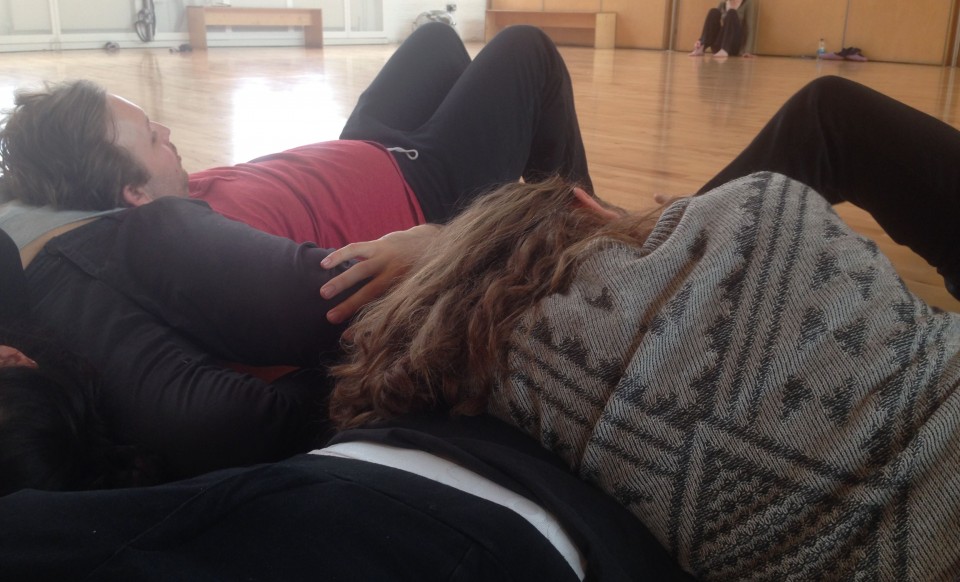 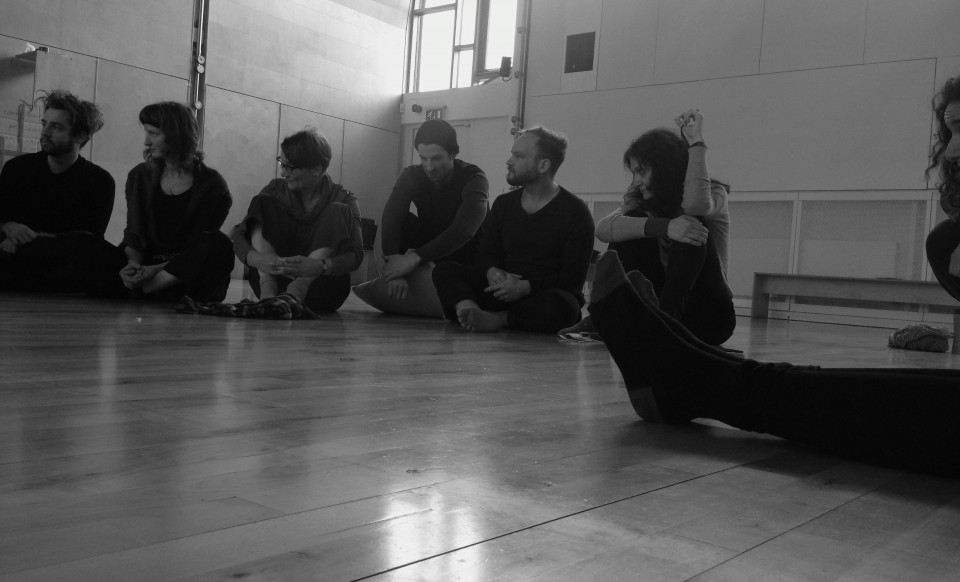 Over four days and three nights, the 20 residency artists lived and slept in Siobhan Davies Studios in London, following strands of thought, feeding the guest speakers’ contributions into their processes, working on and with actions without necessarily producing choreographic objects.

The initial call for applications included the following provocation:

“We can reach every point in the world but, more importantly, we can be reached from any point in the world. Privacy and its possibilities are abolished. Attention is under siege everywhere. Not silence but uninterrupted noise, not the red desert, but a cognitive space overcharged with nervous incentives to act: this is the alienation of our times […] workers commonly and voluntarily work overtime, the population is tethered to cell phones and Blackberries, debt has become a postmodern form of slavery, and antidepressants are commonly used to meet the unending pressure of production. As a result, the conditions for community have run aground and new philosophical categories are needed.”

for my response and residency application click this link:
what_now 2014 ailsa richardson